Transit of URANUS in 7th House of Marriage

Have a Question or need to know your Future? zodiac-info@astrosignature.com 7th House Transit-Uranus
If you're in a partnership of true equals, indepen-dence is already a vital part of the equation. That will come in handy as transiting Uranus enters your seventh house for a good, long stay that last for about 7 years.
Uranus demands freedom above all else, and during this transit the vitality and happiness of your relation-ship depends on each of you having plenty of it. Obviously the relationship must come first, for both of you, but unless you honor and nurture your independence, making time for your individual friendships and interests, your partnership may come to feel like a Saturnian obstacle course rather than a nurturing vessel. And that's when transiting Uranus begins to look like a wrecking ball, leveling your marriage and your dearest friendships. 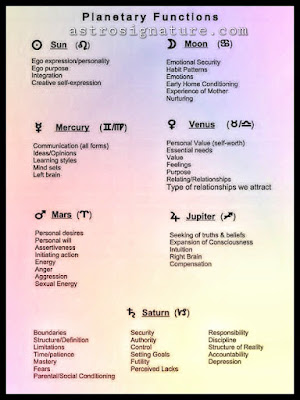 Interestingly, if you aren't in a long-term relationship and would like to be—especially if you're a bit older and have been holding out a long time for the right person—this can be the transit that finally brings one your way. Transiting Uranus is associated with breaking old patterns, so if your relationship patterns have not served you well up to now, this is your chance to break free from them.
Planet  Aspecting to URANUS
THE SEVENTH HOUSE: GROWING WITH IMPORTANT OTHERS
Traditionally, the seventh house was called the House of Marriage. To our modern minds, this conjures visions of romantic couples. Certainly, we find committed marriage partners in this house. But we also find other relationships of great importance.
Transits in the seventh house provide catalysts to begin or end relationships, renegotiate their terms, and learn significant lessons that you can only understand through your closest relation-ships.

URANUS IN THE 7TH HOUSE of Solar Return or Yearly Horoscope

The primary interpretation for Uranus in the 7th house of Solar Return year, focuses on changes to relationships

Freedom is an issue for both of you and togetherness may be on-again, off-again. Marriage is probably not an option during this Solar Return year, though you may live together. Learn more...

Astrologers use the term "URANUS in 7th House in Solar Return" to describe a particular Astrological Reading technique of observing the moving planets forward in YEARLY BASIS.