Transit of URANUS in 9th house long Journey over water

Have a Question or need to know your Future? zodiac-info@astrosignature.com Transit-Uranus
A friend described the reaction of his staunchly conservative family when he revealed he was gay. They felt they had to either turn their back on me or turn their back on God," he said. "In the end they chose me, but the decision was so difficult that my mother says she's still mad at God!" Wherever Uranus transits, liberation is sure to follow.
The problem is, freedom is scary.
When Uranus transits the ninth house, you're being unmoored from your belief system. The long term transit that last for about 7 years 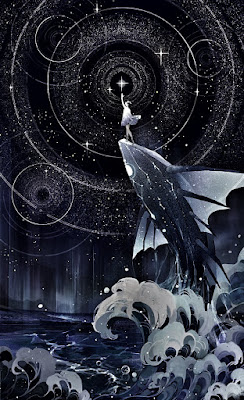 For some, this may mean leaving an established religion; for others, this may be a time of trading one ideology for its exact opposite. Perhaps, like my friend's mother, you're confronted with a case of cognitive dissonance so extreme that it shakes you loose from everything you've ever believed was true or right. Uranus is a lot like lightning, and it's never easy to predict exactly where it will strike.
But one thing's for sure: By the time Uranus leaves your ninth house, you will look at the world in a very different way.
Planet  Aspecting to URANUS

THE NINTH HOUSE: THE QUEST

This was known by traditional astrologers as the House of Long Journeys over Water or the House of Philosophy. In some cases transits in the ninth house will literally carry you to faraway lands.

URANUS IN THE 9TH HOUSE of Solar Return or Yearly Horoscope

Consistent with philosophical differences are cultural distinctions. An awareness of practices in other cultures may be necessary if you plan to deal regularly with foreigners during the coming Solar Return year.

(Examples: a businessman dependent on foreign exchange, support, or commodities; a foreign exchange student; or one who plans to marry someone of a different ethnic background.) Learn more...

Astrologers use the term "URANUS in 9th House in Solar Return" to describe a particular Astrological Reading technique of observing the moving planets forward in YEARLY BASIS.