The Leo is brimming with power. He is bold, loud and likes to be the leader. But he expects recognition and allegiance. He needs the company of others in order to feel well, but only on his terms. He can also achieve this by means of manipulation, although the Leo actually prefers a direct confrontation. Sincerity and honesty have high value for him and he will al-ways prefer to attack directly than to try tricks.

Therefore, attempts at manipulation are easier for Leos to detect than other signs. As a sign of the fifth house, he stands for creativity, joy, fun and the sunny side of life. For him, life is a stage on which it is necessary to present yourself.

Two Leos can respect each other, but usually a group can only accommodate one person with this zodiac sign. If a Leo is daring enough to

manipulate another Leo, he will challenge him to a real competition for attention. Which of the two is the more generous? Who can gather more friends around? Inspire more women or men for themselves? This contest will tie up all capacities of the other Leo and soon wear him out.

For the Virgo, the Leo is the 12th sign and literally arouses primal fears in the Virgo. She is afraid of being eaten by him, of being devoured together with skin and hair. The Leo takes advantage of this fear by intimidating the Virgo both verbally and physically. The Virgo does not like to be in the spotlight. Too much attention unsettles them. The Leo puts the Virgo under enormous pressure with his loud roar. His presence is often uncomfortable for the Virgo, though the Virgo does not know why. 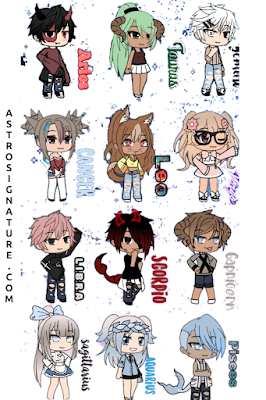 The Leo meets the Libra as the 11th sign. The two combine their pronounced sense of humor and sociability so they are often good friends. The Libra does not mind that the Leo always has to be the focus of attention so they rarely get in each others way.

Leos can be very unpleasant bosses. The Scorpios know to sing songs about this. But because Leos are so susceptible to flattery, in this respect it is usually the Scorpios who ma-nipulate the Leos. They know as employees or subordinates they can only lose in open battle with the Leo, so they act subtly and in the background.

Meaningfulness, the motto of the ninth sign, has great significance for the Sagittarius. He is
happy to instruct others, but does not like to be taught himself. This can lead to conflicts with the Leo. However, the Leo has enough self-confidence to insist on his point of view and thus incite the Sagittarius to expand his own knowledge horizon through the encounter with the Leo.

Through his determination and his diligence, the Capricorn does everything possible to avoid crises. In the process, he often neglects the affairs of the heart. If the Capricorn meets the Leo, he often experiences that his feelings forge new paths in an uncontrolled manner, which is fueled by the behavior of the Leo. The Leo will bring the Capricorn to lose sight of his goals and to become entangled in emotional matters that can ultimately result in a painful defeat both professionally and privately. The very pronounced desire of the Leo acts like a drug on the Capricorn, which he cannot
escape.

In this connection, two opposite zodiac signs encounter each other and have exactly this contradictory effect on each other. It is hard to determine who has the greater manipulative force on the other, because they desire each other and have an almost irresistible attraction to each other. The Leo can manipulate the Aquarius by constantly putting him in the shadows or involving him in loud, public disputes, which are very uncomfortable for the Aquarius. The mutual attraction can turn into sudden rejection if feels one of them feels cheated by the other. Typical accusations of the Leo to the Aquarius are: "You just want my money" or "Without me you're nothing."

The Leo cannot do much here. He admires the Pisces for his kind and compassionate way. It is not difficult for the Pisces to compromise, but in the encounter with its sixth sign, the Leo, too much is demanded of him. All alleged com-promises in reality only serve the Leo. Because of the Leo's diverse needs, he will demand this compromise with a vehemence, which the Pisces can do nothing against and will take more and more space in a relationship than he is willing to concede the partner.

It's party time! This could be the motto of this relationship. Together, Leo and Aries make the night unsafe or embark on world travel. In each other, they will find exactly those com-panions they need for their adventure. But the Leo has an advantage over the Aries: His force of attraction to others is greater than that of the Aries and he will make the Aries feel this at every opportunity. He will not withdraw out of consideration.

At the communicative level, the Gemini is actually superior to the Leo. If the Leo wants to manipulate the Gemini, he simply has to take the bull by the horns. He will take advantage of the contradictions of the Gemini and demonstrate this to him downright. For example, he will point out to him during a discussion: But yesterday you were of this and this view' and thus deny Gemini the possibility of con-sidering differentiated things and even being ambivalent, which is one of the great strengths of the Gemini. The Leo will nail him to a stance and interpret any deviation from it as an argu-mentative weakness.

For Cancer, Leo is the second sign. Material values serve to highlight the Leas status. He likes to have money in order to spend it again for everyone to see. The Cancer is in its essence a true materialist, which is why it likes to be caught by the Leo. In addition, the Cancer attaches great importance to feelings. The Leo will manipulate the Cancer by devaluing these values repeatedly and even making them
Zodiac Season 2022
Ask me 1 free Question the answer Maybe written in the Star. So the question is, is it true? That the Present, Future, and Past are written in the stars? And in what way. Let me Explain to you via Reddit, see below