Have a Question or need to know your Future? zodiac-info@astrosignature.com ✉ CHAT with me! aquarius

As an air sign, the Aquarius has little grip in the material world. Its terrain is the spiritual world, the world of ideas and visions.

Often an Aquarius
-
has a large network around them, supporting the Aquarius and admiring him for his inventiveness, without there being a real emotional friendship connecting him to these people.

No ideology and no thought construct are alien to him and he loves dealing with the questions about the meaning of life. The eleventh house,  which he represents, therefore is also under the sign of friendship and intellectual exchange. 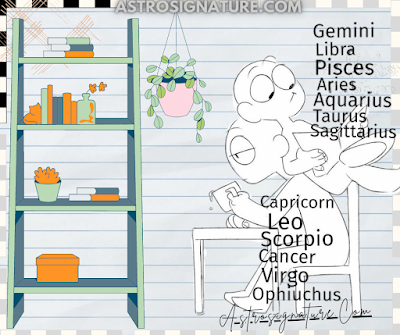 Competition, jealousy and deceitfulness have little space here. It is much more about achieving something together and having a good time.

But it is precisely because the Aquarius often seems quite harmless that he can manipulate others.

Aquarius and Aquarius recognize themselves in each other. It lies at the essence of Aquarius to deliberately enter into friendships under the aspect of personal advantage for himself that rarely have two Aquariuses in one circle of friends.
-
The Aquarius prefers to take more than he gives and does so with a naturalness that makes it hard to criticize him for it. His behavior towards others has something childish or playful about it. The Aquarius does not like discovering such behavior in another person at all and he will put up a fight against these competitors by highlighting his own value to the circle of friends and depreciating the other person, for example, because he himself hosts the best parties, is the more ingenious scientist, the more popular scene experts or experienced specialist. The Aquarius will not shy away from personal insults.

-
The Aries meets the Aquarius as the eleventh sign. The crucial aspects of their encounter, namely friendship, visions, hopes and new
ideas, mean a home game for the Aquarius. For this reason, the Aquarius has a greater manipulative effect on the Aries than vice versa. Since the Aquarius in principle accepts other people as they are, the irascible temperament of the Aries gives the Aquarius no trouble.
For a manipulative perspective, however, the Aquarius manages to put the Aries in front of his own cart, for example to make him have unpleasant conversations or to blame him for all sorts of events. Because the Aquarius is all too happy to remain in the field of ideas, he wants rarely take responsibility for practical action. It is exactly this responsibility that he transfers to the Aries by explaining that this is part of the common breakdown or is important for a project.

The Gemini is very open to what the Aquarius offers him. The Gemini is interested in new ideas and is committed to the realization of a better world. This impact is reinforced by
the fact that the Aquarius is the ninth sign for the Gemini and in this context deals with the expansion of the mental horizon. The Aquarius manages to manipulate the Gemini, because the Gemini hopes to get final answers from the Aquarius to the questions that have bothered him, namely Who am I?' and "Why am I here?
The Aquarius has a whole range of responses to these questions, but no general validity. Due to his inner turmoil, the Gemini will only be able to hardly grapple with these non-binding statements, because he is looking for certainty. For a time, however, the great range of ideas and insights that the Aquarius offers will have a great force of attraction on the Gemini.

For the Cancer, the Aquarius is the eighth sign and for this reason has the greatest manipu-lative force on the Cancer. Cancers know no hardness, neither inside against themselves nor outside against others. Sometimes they put up protective armor in the course of their life, but they strip off time and time again. They are prone to emotional injuries and manipulations.
-
The Aquarius often appears to them as a seducer who recognizes their most intimate desires and needs and takes advan-tage of this. Frequently proximity and sexuality play a role. Too often it is also about the need of the Cancer to be in a state of emotional security. However, the security offered by the Aquarius is deceptive. The Aquarius only knows his own needs and cannot do anything with the feeling-rich world of the Cancer. A life with him is a life of uncertainty and emotional capriciousness.

Aquarius and Leo fall in love with each other easily. Together, they make the perfect pair,
one is loud and bright, generous and confident, the other full of intellectual wit and surrounded by many friends. There is a risk that the two are more in love with the idea of themselves as a couple and their impact on the outside and are not necessarily in love with each other.
Their world is often marked by beautiful appearance and lacks grip and depth. If the illusion shatters, hateful wars of roses and absurd rivalries are often the result. The respective person aims to destroy the other and erase the memory of him or her. The Aquarius will reproach the Leo that he, like every human being, also has less radiant days, perhaps even has fears and self-doubt. For the Aquarius, this amounts to a kind of fraud, which he will also reproach the Leo with.

Since the Virgo is the eighth sign for the Aquarius, the Virgo's effect on him is stronger than vice versa. Nevertheless, the Aquarius may succeed in manipulating the Virgo and indeed precisely where the Virgo supposedly knows best: in the field of daily obligations and numerous concessions that daily life brings to us. The Aquarius will make fun of the Virgo's adherence to rigid procedures and blame the Virgo's lack of imagination, call them boring and predictable.

Libras strive to keep everything in balance. The encounter with an Aquarius can be invig-orating and inspiring for the Libra, but they both together crave a better world in harmony and balance. The Libra's need for harmony, however, is greater than that of Aquarius, so that the Libra will often give in for the sake of love of peace, even the Aquarius is stuck on a recognizably crazy idea. The Aquarius manages to inspire the Libra with his suggestions and make the Libra into an energetic combat-ant. Together, they can make a big difference.
However, the Libras cannot protect themselves from being drawn into financial escapades and ill-conceived projects by the Aquarius.
-

The statement that something is not so because "it has always been done this way' does not suffice for the Scorpio. He wants ab-solute truths and unambiguous answers. The Aquarius succeeds extremely well in enticing the Scorpio to conflicts with family or old friends by repeatedly questioning their views and countering with new and supposedly more fresh ideas. Tradition does not need any more legitimacy than that it is just tradition. It does not need to be logical nor particularly efficient or equitable. Their existence is justi-fied by the time period in which it took effect and that continues to the present.
The Scorpio cannot and does not want to be satisfied with such a statement, although he presumably was never actively thinking about his origins and the associated traditions until an Aquar-ius prompted him. The Aquarius can bring the Scorpio to go into open opposition to the expectations and unwritten laws of their own family and so entirely renounce them. The Aquarius will especially cite rational arguments here, which do not consider that tradition and origin as well as the entire range of conservative thought have a lot to do with emotional attachment.