Pisces stand for the deep, unfathomable and mysterious. They are very sensitive, both in terms of their own suffering as well as with respect to the suffering of others. Their desire is to go with the flow and avoid all obstacles.

They are true masters of unconscious manipulation. This is namely their innate ability, which they use very often and often cannot help it. Their house is the 12th house of the psyche and this is about everything that can-not be seen with the naked eye, what we only feel, guess and suspect. The Pisces is at home in this world, which makes most other people rather afraid.

The other zodiac signs often find it difficult to understand the Pisces. It is all the more pleas-ant for them to meet other Pisces, with whom they can share their penchant for the super-

natural and transcendent in tacit agreement. They shy away from the practical demands of life. Pisces can manipulate each other insofar as they support each other in their latent denial of reality. Not all conflicts can be avoided. Sometimes it is urgently necessary to take a position. Problems do not disappear if you ignore them. Pisces can be whisked away into a dream world that has nothing to do with reality. Drugs or other addictions can also play a role here. To outsiders, this dream world can-not be understood and they also have no access to it.

For the Aries, the Pisces are the 12th sign. The elusive persistence of the Pisces is alien to the Aries. The Aries prefers to actively storm ahead. An Aries too often runs with his head against the wall, appears stubborn and breaks up formalities. If the Pisces wants to manipulate the Aries, the Pisces needs do nothing else than avoid the Aries's ill-considered and hasty attacks with a short fin stroke. The Aries needs clearly identifiable enemies who adopt a position and offer themselves as targets. By Pisces avoiding exactly this, they irritate the Aries and let him run around with his horns until he is completely exhausted.

The Taurus is not easily fazed. For the Pisces, he is often the much-described safe haven. But even the calmest contemporary only has limited potential to endure influences. Just as a stone will be sanded down in the long run by the water, the Pisces will subtly and persistently change the Taurus so that he no longer recognizes himself. Fully in line with their nature, they avoid debates and clearly identifiable actions. Rather, they use very subtle stimuli. They give the Taurus proximity

when the Taurus behaves in accordance with their wishes and punish him with distance if he differs from the Pisces's wishes. The Pisces seduces the Taurus silently and through ges-tures. But the Pisces never lets it come to an open quarrel or recognizable discord.

Guiding others and the assumption of responsibility is not for the Pisces. For this reason, they are also rarely encountered as superiors. As part of a subtle manipulation, the Pisces can make use of the tendency of the Gemini to always listen with just half an ear and not being able to concentrate for long.

Both the Pisces as well as the Cancer are characterized by their sensitivity and compassion. Both like to believe in the paranormal and find meaning in it for their daily lives. While this world is truly real for the Pisces, the bond of the Cancer to it rather consists of a love for all things traditional, old, mythical and legendary that give him a sense of home and familiarity. It is easy for the Pisces to obtain the trust of the Cancer, because Cancers have the feeling that they can better understand their own origins through the Pisces. The easiest way for the Pisces to manipulate the Cancer is to offer himself to the Cancer as a medium that talks to him about and interprets sensory experiences.

The Leo is completely rooted even in this world, here and now. No wonder then that the Pisces, with their penchant for the transcendental, are secretive and mysterious to the Leo. However, everyone strives for balance in their interior so that even the Leo instinctively senses that important things await him in the encounter with the Pisces. The Leo escapes

from the inner contemplation through extravagant parties and excessive self-presentation. Often his thoughts and actions are marked by superficiality.

A tactile attraction rules between Pisces and Virgo. The order of the Virgo gives the sensitive Pisces security, but it can also quickly con-strict the Pisces. The Virgo feels accepted and understood by the Pisces. In the best case, this contact can result in an intimate relationship or friendship. If the Pisces wants to manipulate the Virgo, they talk the Virgo into it being necessary to "just drop things," to enter into the unknown, spiritual and incomprehensible. But the Virgo needs firm ground under their feet and will react to this with great uncertainty and self-doubt.

When people of these two signs meet, nobody feels quite well. The Libra always strives for balance between the extremes of different views and characters. The Pisces with their sensitivity and their penchant for dreaming embody an extreme. Reliability, accuracy and attachment to material is not their thing. The Libra know, however, that these aspects are necessary for a successful and happy life If the Pisces deliberately sets out to influence a Libra, then it is necessary to destroy this bal-ance. They keep the Libra from producing this balance with daydreaming, with inaction and even with the consumption of intoxicating substances. The Pisces can live in the chaos that arises from this, while the Libra cannot.

and sensitive attitude reassuring. This is precisely where the manipulation potential of this relationship lies. The Pisces can have a downright soporific effect on the Scorpio who wants to appear to the world with new plans and ideas. Through subtle tricks and deceptions, the Pisces can keep the Scorpio from the concrete realization of his plans, so that the Scorpio, just like the Pisces, becomes the eternal dreamer. This means that the Pisces impedes compliance with important business dates or successfully isolates the Scorpio from other people who could be important for his plan.

Sagittarians are idealists. This is also reflected in the relationship with their families. Either they idealize the relationship, their own childhood and education or they have turned away from the parents and their values as a disappointment, because they did not find this good enough. In this idealization or devaluation is a great deal of vulnerability, because both do not correspond with the truth and it requires mechanisms of repression in order to maintain it. This is where the manipulation of Pisces comes into play. They talk with the Sagittarius about childhood memories and re-mind him of painful truths. This may result in feeling of guilt, but also fear of abandonment and depression.

drawing him into discussions, meetings and other encounters on the emotional level rather than the factual level. Thus, compassion, feelings of guilt, childhood memories, complexes and moral obligations are appealed to and even tears are used to prevent the Capricorn from implementing their goals. 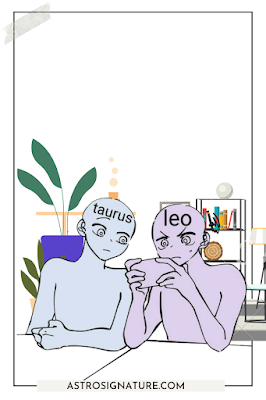