VENUS IN FIRST HOUSE Of Your Yearly Horoscope

Venus in the 1st house  of Solar Return , is usually indicative of a gentle demeanor.

You would not wish to hurt anyone’s feelings over transgressions that have occurred in the past, nor for intrusions occurring in the present.
-
.
It is common to be nonaggressive and even nonassertive with this placement, depending on Mars

Your gentle and nonassertive manner can leave you open to the demands of others, which may be overwhelming, especially if there are oppositions between planets in the 1st and 7th houses. 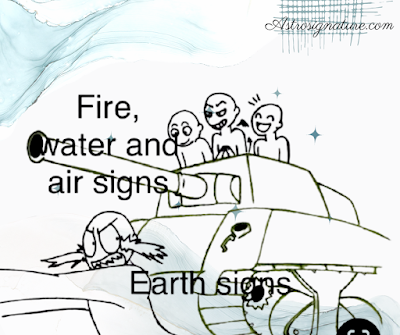 If this is the case, .. Your attention is divided between your needs and the needs of those you are involved with.

As much as you wish to assist others, part of your focus should be centered on meeting your own needs, and protecting your own interests from outside influences.
-
.
You need free time and energy in order to “do your own thing.”

For this reason, Venus in the 1st house of Solar return is associated with self-protection and balance. You may need to learn to protect your own interests from the intrusions, opinions, and demands of others.

The most common form of self-protection associated with this placement is withdrawal from contact with others.

You spend more time alone during the Solar Return year for one reason or another.

You probably like being alone and feel you are your own best company. You do not want to give up personal needs and interests just to be with others. Aloneness may be a simple matter of changing the environment. Graduates leaving a college dormitory and living alone for the first time might have this placement, as well as individuals engaged or married, yet separated from their loved ones.
-
.
If there is a strong opposition from the 1st to the 7th house, aloneness may alternate with a strong emphasis on relationships, indicating a seesaw, all-or-nothing lifestyle during the year.

But usually "aloneness" carries more meaning and greater importance than merely being by yourself. You may need time alone to take care of your own interests. For example, a new writer needed more time alone to write an intense novel. She enjoyed working with the fantasy she was creating. Her time alone was used to foster a creative and productive working environment.

During the Solar Return year of Venus she tended to avoid superficial and unnecessary social contacts.

Another individual was plagued by the demands of several neighbors. She was home during the day and constantly called upon for help. She did not mind helping others, but her nonassertive personality allowed the demands to become excessive and eventually she had little time to herself. Her neighbors took advantage of her, asking her to do things they would normally do for themselves.

THE FIRST HOUSE: BECOMING YOURSELF

Astrologers use the term "VENUS IN FIRST HOUSE Solar Return" to describe a particular Astrological Reading technique of observing the moving planets forward in YEARLY BASIS.
This technique is aptly named because it describes how a person progresses through their life From Birth Day to Birth day.
The Term TRANSIT TO NATAL, or in other word, The Current Transit of Planet Like  VENUS  in the Sky are Very related Depend on each Individual natal chart. Sometime the impact of Astrological Influence will last A day, 1 month, sometime take more than 7 years. Unlike Solar Return the Astrological Influence is fix in year by year.