VENUS IN 5TH HOUSE of your Yearly Horoscope

Can be indicative of a love affair, especially if the Sun and/or Moon are also in the 5th.

Generally, the more planets in the 5th house with Venus, the greater the possibility of romantic involvement..
-
.
Although any 5th house relationship can lead to marriage eventually, for the present it will probably remain an affair.

Strong relationships can be shown by the Sun, Moon, and planets in either the 5th or the 7th houses of Solar return chart, but marriage is ... 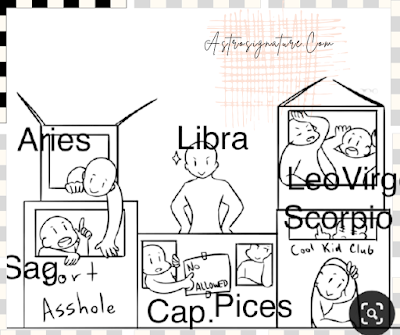 More likely to be considered an option with many 7th house placements, while 5th house placements imply strong attractions and relationships, but usually the commitment necessary for marriage has not yet been developed.

Square aspects between 5th and 7th house planets indicate a disagreement over where the relationship is headed or if it is headed anywhere at all.
-
.

One partner may be keen on marriage while the other is not.

For those who are already married, these aspects and placements suggest that children or outside involvements disrupt your already existing relationship.

does not always mean romance is imminent because this is also the house of self-expression and greater personality diversification.

Venus in the 5th house of Solar  Return Year ...

It’s a good time to gain confidence in your abilities while trying something totally new.

This Solar Return year  can be very creative, productive, and encouraging.

Self-expression is not limited to artistic endeavors; one individual founded a nursery school with Venus in the 5th house. The medium is not important. What is noteworthy is the growth in self-confidence that accompanies the increased self-expression.

If you have had difficulties with your children in the recent past, your relationship may improve during the coming year.

Venus taken out of context and by itself can indicate improved conditions according to its house position. Children who have had problems with school, siblings, or adjustments to relocations and social situations, may appear to be making more progress during the Solar Return year.

It is also possible you are better able to understand their problems and take appropriate corrective action. This placement may be mutually beneficial for both parent and child. If you do not have children of your own, you may still be involved with children in one way or another.

Aspects to Venus reflect your ability and desire to exchange love and money with others and under what circumstances.

This is a simplistic statement that becomes more complex when we look at the individual planets that aspect Venus.

SOLAR RETURN CHART BASIC : from first house to 12 house ...
From year to year, the Sun passes through the Solar return chart in a clockwise direction, falling into every third house for those people who remain in the same location. See  For example..
Astrologers use the term "VENUS IN 5TH HOUSE of Solar Return" to describe a particular Astrological Reading technique of observing the moving planets forward in YEARLY BASIS.
This technique is aptly named because it describes how a person progresses through their life From Birth Day to Birth day.
Progressions describe the different phases in our lives as well as our inner urges and how they affect our lives rather than dramatic outer events. However, our urges can significantly affect the way in which we react to circumstances and therefore our decisions. It is important that we go with the flow rather than fight against the tides of our lives.
Therefore Progress In Yearly Solar Return are likely to show us signposts in life's journey and consequently help us gain wisdom and understanding. Some astrologers believe that Yearly Solar Return are signs from our soul or higher self; others place less emphasis. We suggest that you read on and see for yourself.