PLUTO in the 4th House of your Yearly Horoscope

Have a Question or need to know your Future? zodiac-info@astrosignature.com ✉ CHAT with me! 4th house PLUTO

Pluto in the solar return 4th house is the single best indicator of moving from one home to another.

Uranus in the 4th house can also indicate relocation, but when Uranus is in the solar return 4th,
you are more likely to have changes or disruption within the domestic environment, particularly involving family members or roommates.
Pluto The ruling planet of Scorpio in 4th house Solar return, on the other hand, is more representative of moving from one home to another, or major renovations to the living structure itself along with a dis-orientation or upheaval that lasts for a period of one year.

These are fine-line distinctions, and of course, variations will occur. If you purchase a home during this Solar return year, it may need a lot of work. 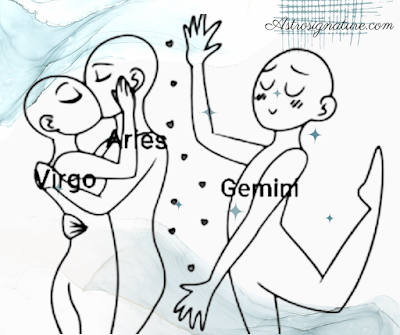 Redecoration is likely, and the repair of unforeseen problems a possibility.
...
It is in your best interest to have an engineer inspect any home you are seeking to purchase. Hidden or unanticipated difficulties can then be made known before any transaction takes place.
Relocation complications can arise for a number of reasons though, and are not limited to repair problems. If you are building a new home, ...
-
construction can take longer than expected. You may have to live in several temporary residences or stay with relatives for a period of time.
Once you finally move in, you must decorate from scratch, purchasing everything an established home is already likely to have. Moves over great distances are very complicated in and of themselves, and generally, require a full year's time for preparation and settling in. The hassles of adjusting to a new state, climate, culture, or environment can take the place of problems with the house structure itself.
-
Planet in Solar return Aspecting to PLUTO

Major renovations are also seen while Pluto is in the 4th house.

These kinds of renovations necessarily cause a prolonged upheaval in the domestic situation. Large additions, modernizations, or construction which involves moving walls or piping is likely, and the disruption caused by the dust and building will probably last for most of the solar return year.
If you do not move or renovate, it is still likely that changes in the domestic situation will occur. Commonly, someone either moves in or out, and living arrangements must be adjusted accordingly. New situations will take a while to get used to.
-
All changes involve the consideration of many different factors, and simple decisions are not likely. In addition, transitions are likely to be complicated by psychological issues, and may even be unconsciously motivated.
For example, your mother moves in, and you must make arrangements for her to get to the senior citizen center during the day.
She is somewhat incapacitated and needs daytime care. She also requires a living space on one floor, and you must rearrange rooms and put in a new bathroom for her use. Psychologically, you must make the adjustment from living alone to caring for an elderly parent.
-
Certain childhood issues might arise as you search for new patterns of behavior.
It is true that complications and struggles are associated with domestic situations when Pluto is in the 4th house; however, the com-plications and struggles are inherent in the project or transition you wish to complete and not the planetary placement itself. This is a time when individuals naturally seem to choose to make major changes in their home and/or living style, and it is unlikely that a transformation of this caliber could be made quickly and easily, without some hassle.
The desire to make strong and sweeping changes in the physical home is accompanied by corresponding emotional transformations.
-
Sometimes the two manifestations are directly connected; sometimes they are totally separate; commonly, they are at least symbolically related. For example, during a long period of domestic upheaval, you could feel disconnected or not grounded, without a sense of "home," or a base for operations. If you are living with others, caught in a limbo between residences, you might be forced to subsist for a while without your own space, possessions, privacy, personal control, or sense of organization.
-
You might feel stripped to the essence of your being, devoid of any external trappings, left to exist as you are, without the familiarity of what you own or can accomplish. Without the inner sanctum of your home for protection, you could feel exposed, and it is true that you are vulnerable to the idiosyncrasies of temporary housemates. Emotions are bound to fluctuate under such conditions. Old behavior patterns break down quickly as new patterns, and coping mechanisms are necessitated by changing circumstances.

-
Sometimes this emotional upheaval can occur because of a coincidental physical change in another's situation, but a transition in the native's own consciousness is essential for growth. Suppose your parents decide to sell your childhood home and move out of state. If you are still attached to your parents' residence, you must make adjustments in your thinking.
You can still visit your parents, but you can never go home again if the trip involves one particular building or location. Perhaps it is time for you to think of your own residence as "home."
-
When Pluto is in the 4th house of Solar return, emotions are not only the motivating force behind physical changes, but also the end result.
Planet in Solar return Aspecting to PLUTO
The purpose and desire associated with this place-ment is the need to establish an emotionally fulfilling environment, both on the internal and external planes. This is why moving or changes in the physical home, (external), are as important as evolutionary growth in the feel-ing nature or unconscious, (internal). The two levels of manifestation go hand in hand during the year, and you can be sure that if your physical surroundings are in a state of transition, corresponding changes are also affecting your emotional level.
-
By the same token, the inability to make wanted and needed external changes probably indicates the presence of internal blockages and external resistances. A search is underway to form stronger roots in the physical and emotional environment. Shallow connections will not do. One must either dig deeper or move on; reaffirm the commitment to the existing structure (renovation), or begin anew, (move). The same process is occurring on the emotional level.
Individuals must reaffirm a commitment to family members and roommates, or seek support elsewhere. Unlike other 4th house placements which also indicate changes in the physical and emotional home, Pluto generally indicates that not only are changes long overdue, but there are also some inner and outer resistances which must be overcome to realize fully the internal potential in the external world. Consequently, a power struggle with oneself and others is likely, both before and during change, and the arena for this struggle takes place in the home and among family members. Conflicts arise when others do not want the same home environment you envision. In the best of circumstances, negotiation and compromise may be all that are necessary to resolve differences.
-
However, in some families, the word "negotiation" is really a cover for manipulative tactics and controlling influences. Nothing is ever re-solved, issues remain unsettled, and decisions are not finalized. Within this domestic milieu, the creative urge toward rootedness and its resultant manifestations on the physical and emotional planes are stifled before they can be realized. For this reason, you should consciously work to undo old, existing response patterns which allow others to psychologically control your emotional nature and rob you of its creative potential. Being emotionally controlled is generally synonymous with also being physically controlled, and therefore unable to create the home and home life you desire.
This is a good time to enter therapy, especially if unconscious manifestations, (fear, guilt, negativity, power struggles, etc.), are blocking new and old commitments, or stifling your urge toward growth and change. Repetitive issues, unfulfilling emotional interchanges, and the inability to cope with your home and necessary changes signal the need to reassess response patterns for power
leakages.
-
During the Solar Return year, heightened sensitivity will cause you to become aware of psycho-logical games which rob you of personal power in the emotional arena. At this time, even an intellectual interest in psychology can give you great insight into domestic and familial patterns.
Because of the issue of creative, emotional power and its manifestation on the physical plane, life seems more crucial, decisions more important, problems more complicated. Everything leads to something else, and you have a vested interest in how matters finally turn out.
Commonly, the meaning of life is discussed, and within this climate the issue of death arises, causing you to face the issue of your own mortality.
-
There may be a death in the family during the year, but more often you are merely acquainted with someone your own age who must deal with a potentially life-threatening illness. His or her situation calls you to consider the possibility of your own death, and the reason for your existence. The interplay between the creative emotional nature and the issue of mortality leads you to understand the extent and limitations of your own power. One does not have control over death; all living things die. However, one does have power over the emotional response to death, and for that matter, all emotional responses. The need to direct your own emotions toward a rewarding and fulfilling expression is at the root of this Pluto placement.
- 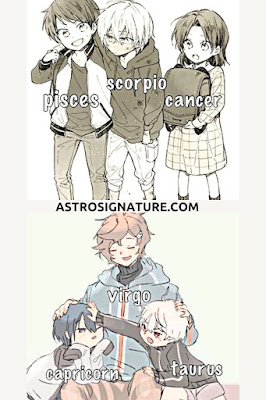 SOLAR RETURN CHART BASIC : from first house to 12 house ...
From year to year, the Sun passes through the Solar return chart in a clockwise direction, falling into every third house for those people who remain in the same location. See  For example.. 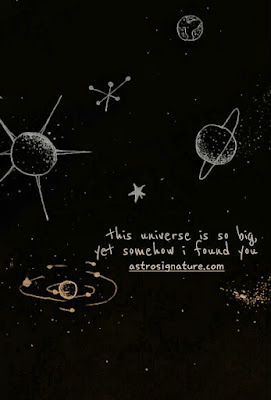 Transit of PLUTO in 10th House of Career and Social Status