PLUTO in the 5th house of your yearly Horoscope

Pluto in the 5th house of Solar return commonly indicates a power struggle over self-identity and self-expression.

Unconscious messages around you can be working to mold your persona into a reflection of somebody else's personal needs. As the year begins you suddenly realize that you are not solely the product of your own creation; someone else is exerting pressure on you to perform in a particular manner.

The push for performance may or may not be in your best interest, but the ultimate goal for you to accomplish during the year is creative self-mastery. You must learn how to balance the external demands with the internal push for self-expression. Freedom to be your own person is crucial to growth. Two external forces are at work here, and the messages to the unconscious are twofold. First, there is the external definition of what one is meant to be. Messages commonly play on existing unconscious forces, such as fears, and there-fore are accepted easily.
After this message is inculcated, it is followed closely by a push for conformity. Because of this dual mechanism, one can be partially controlled by others since self-expression will be limited by ones own automatic reactions to unconscious messages, and by susceptibility to psychological forces exerted by another person.
For example, one man constantly received messages from his boss about how he needed to respond in order to be successful. The boss implied that not being a "company man" and a "team player" meant never working in the business again. The boss's messages played on the man's own fears concerning inadequacy, and he readily began to play the role of the dedicated employee. But then the job demands became excessive. The hallmark of the negative manifestation for this placement is the eventual emergence of excessive demands on the part of the person seeking control. For our young man, somewhere between the unconscious messages and the push for conformity, he began to lose his own self-identity. Numerous hours of overtime robbed him of any personal life.
It makes no difference who sends the messages to the unconscious. It may be a lover, a child, or another; realistically, it can be anyone you respond to at an unconscious level. Some-times the lines of stress shown by the aspects to Pluto can denote the individual triggering the issues related to power over self-expression. Often it is an intense relationship which brings out facets of your personality normally hidden and subject to control. Negative relationships can be manipulative, but very positive relationships can encourage growth in this area. Responses can be healthy, and not all situations are bad. For example, a mother responding to the demands of her newborn child is conforming to his or her needs. An intense and somewhat controlling relation-ship develops between the two, which in this context, is considered normal. Becoming aware of the controlling process and working toward balancing external demands with the internal need for self-identity can lead to self-mastery. By understanding the psychological pressures, you can choose to conform to those which are positive experiences while refusing to conform to those which seriously jeopardize self-identity. In very difficult situations, the inability to balance the conflict between expectations and self-identity can result in more secretive behavior.
You may prefer to do things on the sly rather than weather the confrontation necessary for true self-expression.
Generally, intense relationships are needed to spark the push for self-definition and personal control over self-expression. You will meet many people over the coming year who can either threaten or augment your ability to accomplish this task. Love relationships, especially new attractions of a Plutonian nature, have the intensity necessary for this process.
The overpowering compulsions associated with these relationships usually force the individual to redefine the boundaries of self-identity by looking at the unconscious responses which prevent the self from being fully empowered.
Although sexual attractions and love affairs are not always seen with this placement, when they do occur the draw is tremendous, and the allure of sexuality seems especially compelling. The person you are attracted to and your relationship with him or her will bring out the best and the worst you have to offer. Insights into your own motivations can be overwhelming, and you will be acutely aware of when you are and when you are not in control. Sometimes you will not be totally rational. The relationship itself creates intense feelings which can defy logic and overpower common sense while giving great insight. Unconscious messages, fears, and expectations might surface during simple everyday interactions, making it clear that you are not able to entirely control your own life, your involvement with this person, or your commitment to him or her. If you are free to pursue a love affair, you will learn a lot about yourself and your ability to give and receive sexual pleasure. If you are not free, the relationship will still be both compelling and conflicted while accentuating the need to ad-dress unconscious complexes.

Pluto in the 5th house of Solar return can indicate a birth during the year.

The intensity of the relation-ship between a newborn and its parent is consistent with the need to maintain some sense of self-identity while meeting the demands of the child. As a new parent with this placement, you may not be used to understanding all the effects children can have on those who raise them. Babies are little individuals with personalities of their own which may or may not fit your expectations and needs. Right from the moment they are born, they have the ability to elicit psychological responses from others, and all parents must conform somewhat to the needs of their children. Infants demand the greatest amount of attention, but even as your children mature they will retain an ability to affect you and your psychological state. 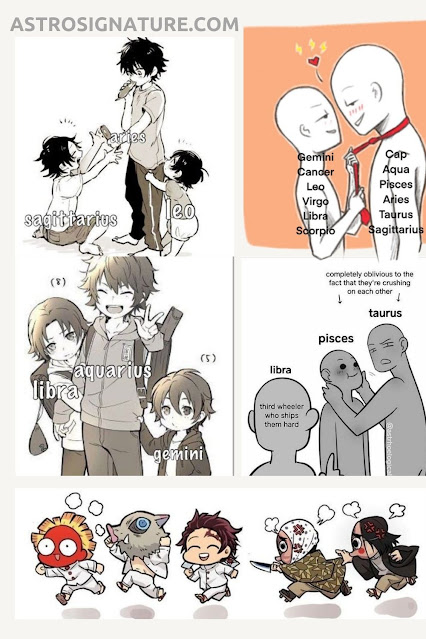 When they grow old enough to talk, they might question any conscious-unconscious inconsistencies you manifest. As teenagers, they can buck your authority. As adults, they may choose lifestyles which you find psycho-logically stressful. Whatever their age, there may be little you can actually do to control their behavior until you analyze the psycho-logical responses coming from your own unconscious. If your children are young, you must gain some measure of control, but realize that complete control at any age is unattainable. You must bend and accommodate to a certain degree, while maintaining a sense of self-identity. Know which hang-ups are your own. Learn to make your own responses more appropriate to the issues at hand. You can easily overreact if the situations make you feel overpowered.
New patterns of creativity can evolve, especially if you are in a field where psycho-logical and emotional issues can be incorporated into your endeavors. Issues associated with conflict, power, and intense love might manifest in creative work. Artistic creations tend to exhibit more depth of expression, and major stylistic changes are possible. Mundane rather than artistic projects can also be highly creative. Usually, tasks and projects foster personal power and increased expression of the inner self.

It indicates that your conscious mind is very aware of unconscious material and psychological complexes.. 👉 Learn more...

Mercury in combination with Pluto may indicate in-depth research. This is a good time to delve into a subject of interest. Your close attention to detail leads to accurate conclusions. Your awareness of .. 👉 Learn more...

Pluto SQUARE or OPPOSITE in your Yearly MERCURY Solar Return Chart

It indicates that your conscious mind and daily life are being strongly affected by unconscious material and psychological complexes. The issues may be .. 👉 Learn more...

Your Yearly VENUS Return Chart sextile or trine to Pluto

Existing relationships may be experiencing a resurgence of intimacy and companionship. Per-haps the couple has retired and can spend more time together or a newborn baby draws parents closer to ... 👉 Learn more...