PLUTO IN THE 12TH HOUSE of your yearly horoscope

The 12th house of Solar return chart rules things that are hidden, behind-the-scenes, and/or not easily recognized.

When Pluto, the planet associated with unconscious and hidden forces, is in the 12th house, the interpretation is particularly subtle, but also especially important.

What is happening behind-the-scenes may be more important to growth in consciousness than what is happening in the public environment . Use this time for backroom negotiations if it is to your advantage not to be very public about what you are doing.
For example, you might be designing and testing a new product, or having a love affair.

The power of this placement lies in what you know, but do not say or make others aware of. A son comforted his father during his illness with massage and holistic techniques.

Because the father had strong religious beliefs, the son never talked about what he was doing or the holistic concepts behind the techniques. It was enough to comfort his father.

This can be a time to deal with behind-the-scenes issues in a quiet, rather than confrontative, manner.

A more negative interpretation might emphasize manipulation and underhanded tactics rather than a positive use of discretion.

Motivations are not necessarily noble. Under-currents might be ignored and not discussed. Sometimes you are not aware of the problem yourself. If Pluto doesn't cross the Ascendant by transit into the 1st house during the year, a hidden focus will remain; however, as Pluto crosses over, the personal urge will be to reveal or deal with what was previously hidden.

The same is true with major changes that are waiting in the wings.  When Pluto is in the 12th, but close to the Ascendant, there is usually a change of significant magnitude being formulated. It is more likely to occur during the year if Pluto actually crosses. If Pluto comes close, but never actually transits into the 1st house, look in the following solar return chart for an indication of change.

Psychological complexes are very important with this placement, but they are also less controllable and more difficult to recognize. You may try to ignore your own issues. It is easy to point the finger at someone else and declare that the other person has the problem without being aware of how you, yourself, contribute to their difficulties with your own psychological idiosyncrasies. Compulsive tendencies are common. For example, you may feel compulsively drawn to a new love relationship. There is an interplay here between the compulsion, your urge to control the unconscious, and the frank realization that this is hard to do. The past comes back to haunt you, and present situations may be of a deja vu nature, making control especially difficult If Pluto stays in the 12th, you are less likely to confront your own psychological complexes; however, if it crosses, you should feel the need to do so.

The higher concepts associated with Pluto, or any planet for that matter, are not always readily understandable to the individual. There are levels and degrees for all interpretations. You must work for the higher manifestation, and there is a price to pay. You cannot be focused on personal power or gain and be in touch with Universal Consciousness. Personal motives and true spirituality are the antitheses of one another, like oil and water.

The oil, (personal gain), covers the water, (Universal Consciousness), so that it cannot reach the surface and is drowned out by the oil. If you try to reach down for the water, your finger will come up greasy and barely wet. Personal motives must be put aside to truly understand the Plutonian process and work with it in its purest form. The point of focus for Pluto in the 12th is the ability to draw Universal power through the unconscious mind. The free-association and visualization capabilities of the unconscious are the perfect vehicle for enlightenment and growth. Those who are pure of heart, mind, and soul become universal receptors, receiving information that needs to be on the earth plane. For this, there is no need for compensation or glory; it is enough to know.

ASTROLOGY OF 2022: How to plan your Year
If you're like many people, you welcome each new calendar year with resolutions, planners, and a big-picture time line for what you'd like to accomplish in the year ahead. If you'd like a little help from astrology, here are the most relevant cycles to keep in mind.
The year itself is based on the Sun's complete journey through the zodiac...  Learn More.. 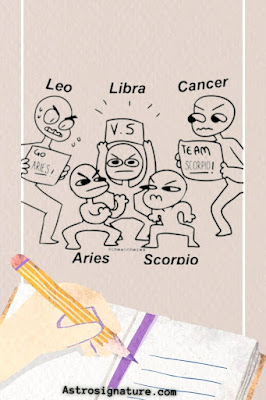