Have a Question or need to know your Future? zodiac-info@astrosignature.com ZODIAC SEASON

Contrary to what many people think, the exact time of birth is not a vital piece of information necessary to make correct forecast with Solar Returns.

In fact, unlike primary directions, you can work well on Solar Returns even with an approximation of half an hour between the declared time of birth and the real one. However, it is logical to insist on the full commitment of your counselees, spurring them to get the most reliable source of their birth time – for example, obtaining documents containing their officially recorded time of birth from the appropriate registers.

Why is the exact time of birth of a subject not essential when you analyze his or her chart of Solar Return? 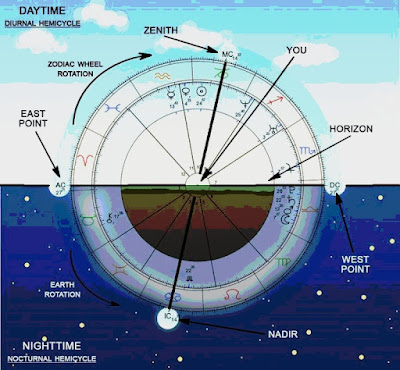 Once again, two factual examples may help you to visualize this notion in practice. They refer to two famous actresses. Nevertheless remember that it is always a good thing to have your counselee sitting in front of you as you try to determine his or her real time of birth, as accurately as possible. This is not an easy task and this is where the value of an astrologer is really seen. It is also true that in some cases, the precision in one’s time of birth could be a critical element of the astrological analysis.

WESTERN HEMISPHERIC EMPHASIS in your yearly Solar Return chart
Nine or all of the planets in the western part of the solar return chart signify that actions are not based on independent needs since you respond in combination with others.
Even those with numerous placements in the 5th house push for self-expression while maintaining relationships. Those with placements in the 9th house reassess their beliefs according to their interactions with others and their ability to manifest spiritual concepts in daily situations. Learn More...
zodiac-info@astrosignature.com
Your Future According to What is Written in Your Star . No More no Less no Marketing Strategy, Just Telling What is written in the Star. EMAIL ME: zodiac-info@astrosignature.com