SATURN IN THE 9TH HOUSE of your yearly Horoscope

Saturn in the 9th house of Solar return chart is associated with learning in one form or another.

Commonly it can signify a formal education in an established university or college, but learning may instead involve an evening class or correspondence course.

As a rule, the course of study is established rather than self-taught Those who wish to continue their formal education on a high school, college, or graduate level tend to experience some minor delays or impediments along the way.

For example, one man who was employed full-time in a newly established office felt he could not start his degree program until he had organized his daily work schedule. After six months, when the office routines became easier to handle, he was able to start school with-out feeling pressured by job demands.

Perfectionism is associated with the need to learn, and individuals look forward to attending school when the time is right They want to be able to devote their full attention to course-work and are willing to wait until outside is-sues are handled. The delaying characteristic for this placement is especially true if Saturn is placed in the 9th house near the 10th house cusp, and it transits by direct motion out of the 9th during the solar return year.

Those who do not wish to enter a degree program may take individual courses to suit their needs, but even these courses will tend to be very structured.

Scroll Down to Read More... 🢃🢃

On the other hand, some individuals would rather teach than study with this placement. If this is your goal, you must organize your notes into lesson plans. You can experience some frustration until you have structured your thoughts into a well-defined body of knowledge. Those who have already taught in recent years need to reassess their ability to continue teaching, given certain newly developing situations and possible impediments.

The 9th house is also the house of our beliefs, whether philosophical, religious, or mundane. This is a time when you may realize a conflict between what you believe now, or have been led to believe in the past, and what you are experiencing in the present A relationship, activity or professional endeavor you are currently involved in may specifically contradict what you once thought to be true. This situation will continually test your beliefs until you come to conclusions which are more consistent with reality. This conflict can occur on a higher level of thought as readily as it might relate to more common beliefs. Most frequently, it will encompass and affect both. Inconsistencies which exemplify and fuel your awareness of the conflict constantly arise from everyday situations. 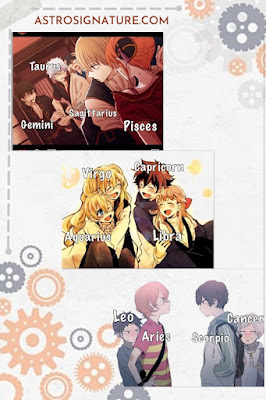 Insight can come from the simplest exchange. The extent to which these insights have ramifications on either higher or mundane thoughts is directly related to the individual's level of consciousness and ability to focus on multidimensional issues. For example, a nurse practitioner dealing with mostly low-income elderly patients in a clinic environment was surprised to lean that doctors who prescribed medicine for high blood pressure and heart disease frequently neglected to counsel these individuals about the positive effect of dietary control regarding these two illnesses. The nurse practitioner had a strong background and belief in the holistic field and found this lack of attention to the whole individual upsetting, counterproductive, and not in keeping with the Hippocratic Oath.

In another example, a lay person who regularly participated as a church assistant doing charity work ai med at helping the poor began to question the pastor's allocation of funds to various projects. Money was being diverted to finance the pastor's need for comfort This individual spent much of the year pondering his faith, his allegiance to his pastor, and his belief in what the church stood for.

Hypocrisy seems to keynote this Saturn placement. You are acutely aware of what others espouse and whether or not they practice what they preach. You are also acutely aware of those philosophies and beliefs which differ greatly from your own. These philosophical inconsistencies and differences are to help you discriminate what is real and true for your own life path. You must verify your current and developing beliefs within the context of daily experiences and immediate life situations.

Established beliefs form the backbone of the decision-making process. Normally they are meant to have helpful, practical applications to issues, conflicts, and situations we face. Those beliefs which dangle in mid-air without any substantiation are useless. Remember, the 9th house is also the house of prejudices, intolerance, and beliefs not based on fact You could be overly critical of others and their beliefs, setting standards too high for anyone to reach. Saturn indicates that the weeding-out process has begun and a realistic reassessment of all beliefs is called for.

SATURN Trine or SEXTILE in your yearly MERCURY Return Chart

This year is a good time to work on the completion of a major project such as writing a book, developing a course, or creating a software program, anything that requires long-term, persistent focus...👉 Learn more...

SATURN Opposite or Square in your yearly MERCURY return chart

This is a good time to work on the completion of a major project You have the ability to channel mental energy into constructive pursuits, even to the point of ... 👉 Learn more...

Dilemma situations can plague Mercury-Saturn combination, especially with the conjunction. It is likely that at least one major decision involving life-altering consequences will be... 👉 Learn more...

Structured learning is associated with Saturn-Mercury aspects, and some individuals will seek a formal education while others will rely on reading and personal investigation. ... 👉 Learn more...