SATURN IN THE 12TH HOUSE of your yearly Horoscope

Saturn in the 12th house of Solar Return Chart implies the presence of unconscious blockages which must be overcome.

Failure to overcome these inhibitions will lead to limitations in what would usually be considered normal activity. The emotions governing these limitations are fear and guilt, and breaking free generally involves much anxiety. You must face your own fears before you can goon with the maturation process, since presently they prevent you from branching out and taking risks when you should develop greater freedom of movement.

Astrology might have some answers base on your Solar Return Chart. 👉 Just Fill up this form , You can ask me 1 free question.

Frequent fear issues include, but are not limited to: fears of not being loved or being rejected; fears of inadequacy with a constant need for reassurance; fears concerning sexual performance or orientation; and fears of losing control or being overpowered. Many times the fear-producing issue is ill-defined and ill-founded, but supported by self-defeating attitudes, free-floating anxiety, and heightened vulnerability. For these reasons, fears associated with psychic impressions are not unheard of. 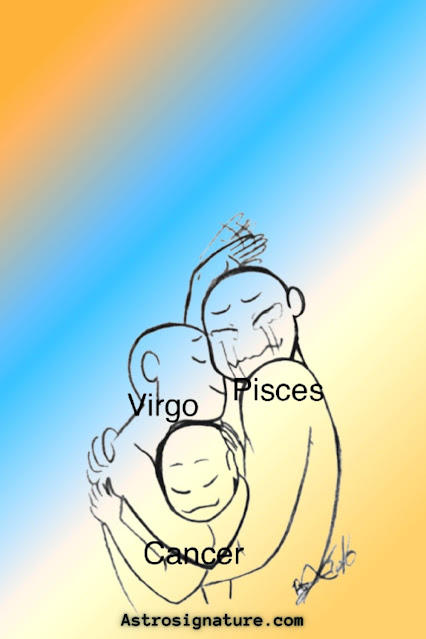 Guilt is the other most common unconscious restriction. There may be certain things you will do, or other things you will not do, simply because of the guilt you will feel one way or the other. If you are being controlled by guilt and do not investigate or understand these feelings, you will continue to feel forced to behave in certain ways. For example, a middle-aged woman who lived with and cared for her elderly mother found she was both tied down and drained by her mother's constant need for care and attention. But she repeatedly refused to seek out a part-time nurse or companion to stay with her mother while she pur-sued her own interests. Every time she left her mother with other family members, she would return to find the older woman somewhat disoriented and confused. She would interpret this disorientation as her own fault and feel guilty for leaving. Eventually, she became totally tied down by her mother's unconscious signals for attention.

Saturn in the 12th is the astrological equivalent of a responsibility vacuum cleaner. There is the tendency to feel responsible, (and subsequently guilty), for everything that goes wrong. You will tend not to delegate authority easily and will try to do every thing yourself, perfectly, all the time. In short, you overcompensate for real or imagined shortcomings. Only by facing your fears and confronting your feelings of guilt can you begin to live a more normal lifestyle.

There is a lack of "reality presence" with the placement of Saturn in this house. Saturn rules reality, but here in the 12th house, (normally ruled by Neptune), reality seems to lose some of its clarity. Truth is more elusive. The fears, guilt, and unconscious inhibitions normally associated with this placement are partly caused by an inability to discem what is real and what is fantasy. Here there is no objective or even subjective reality, only vague impressions of what is presumed to be real. This makes the going tough. Without a clear base to work from, it becomes easier to worry about future possibilities and past mistakes. Consequently, fears and guilt tend to prosper and grow at this time.

The main goal of this house placement is to come in contact with the weaker, more irrational parts of your personality which inhibit your progress. This is easier to do if you are in the process of being thwarted or feeling afraid. Only by experiencing the frustration and fear inherent in the conflict, will you actively seek ways to overcome the blockages and resolve the associated issues or problems so life can begin to return to normal. It is to your advantage to move toward the fear rather than retreat Investigate the issues which seem to block your progress. Look for alternatives. The tendency is to miss the obvious or not understand what is normal under the given conditions. Only by discussing your situation with others and looking for new options can you alleviate the pressure. Unfortunately, you will be doing this while feeling your most vulnerable. But you must analyze your behavior and question those actions that you do not understand. Fear and guilt are sure signals that you need to investigate unconscious blockages and make adjustments in the way you are living and handling issues.

Saturn in the 12th can also show strong obligations that cannot be avoided, or the need to become responsible for someone less fortunate. Couples with newborn babies and children with elderly parents to care for, frequently have this placement Family mem-bers in need must be cared for, but friends in trouble or those less fortunate can al so be the object of your concern. The need to behave in a responsible manner includes the desire to care for someone who is unable to be responsible for him or herself or needs to be saved from a difficult situation. Occasionally, the person you are most concerned about is hospitalized during the year. The need to care and the need to face a fear are usually intertwined in some way. Sometimes, the person you care most about is the person you feat If so, by giving, you receive; by protecting, you become less vulnerable; by reaching out, you cross the bridge from fear to understanding.

If Saturn is in the 12th house, but close to the Ascendant, tasks and responsibilities will tend to become stronger and more visible as Saturn crosses the Ascendant by transit and moves into the 1st house.

Astrology might have some answers base on your Solar Return Chart. 👉 EMAIL: zodiac-info@astrosignature.com - you can ask me 1 free question, Just fill up this form...