Have a Question or need to know your Future? zodiac-info@astrosignature.com Your (Free) Personal Horoscope 2023

In ancient times, humanity looked up to the stars and noticed that there were patterns that repeated themselves.

They studied them and realized that certain movements of the planets created effects on Earth. 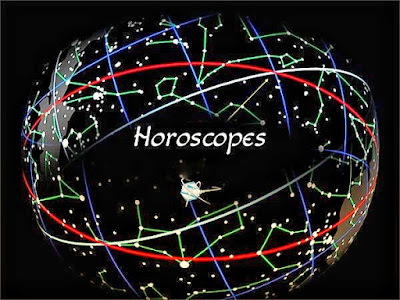 Yet they also realized that these different planets and luminaries also were connected to aspects of one’s personality.

For Example, Mars in Scorpio is turning up the heat on your sex life

The best part about turning astrology into the art form that it is now is that we recognize that the planets are certainly predictive — explaining who someone is and people’s astrological compatibility — but also are a guide to how life will proceed at any given time.

In a sense, the planets and luminaries are characters in the theater of our lives, and the zodiac signs they dance within are like costumes and props.

The houses they reside in are like the acts, scenes and stage upon which they can be seen. Ultimately, we reference the planets as symbols to better understand our lives.

Mars represents energy and action in a horoscope.  Its sign placement indicates how the action of Mars will manifest and be directed.  In Fire signs (Aries, Leo, Sagittarius), energy is enthusiastic and often channeled into travel, sports, and physically demanding or challenging activities or jobs.  In Earth signs (Taurus, Virgo, Capricorn), Mars’ energy leans toward work, career development, and practical physical activities like home or yard work.
In Air signs (Gemini, Libra, Aquarius), Mars’ energy focuses on mental activity that works for connections with others through social activities, communication, and sharing ideas.  In the Water signs (Cancer, Scorpio, Pisces), the energy of Mars turns emotional and manifests as concern and caring for others that drains off both physical and emotional energy.  Stressful Mars aspects often trigger impulsive action that leads to mistakes or accidents, anger, and upsets.
The energy of the retrograde period is reactive instead of proactive as your energy and ambition might seem to disappear and be replaced by a world of problems, worries, delays, disappointments, and general negativity.
The mental dexterity and sharpness of Mars in Gemini slows down so that logistics and planning are more difficult to achieve.  Everything seems to take great effort because you’ve lost interest and enthusiasm due to the problems you’re encountering, or action may seem even unnecessary at this time.  Stalled plans and projects fail to move forward as envisioned, or you push yourself to meet obligations as you struggle with delays and frustrations – focus on being clear in communications so that others have a clear perception of your goal and vision as well as a clear concept of what they are expected to do.
In some instances, a scheduled advertisement or activity may be postponed/cancelled due to inability to coordinate the effort or basic lack of interest and cooperation.  Since the retrograde motion is mainly internal in action, an explosion of suppressed (yet simmering beneath the surface) desires, resentments, anger, rage, and/or disappointments is possible.  And even though it clears the air, it is likely to be disruptive and full of conflicts that demand resolution.
Focus on meeting deadlines, taking care of responsibilities, working toward long-term goals, and meeting challenges one day at a time to the best of your ability.  In many instances, it might seem that everything needs to be done twice (Gemini twins) before it is correct.  Things DO get better!
zodiac-info@astrosignature.com
Your Future According to What is Written in Your Star . No More no Less no Marketing Strategy, Just Telling What is written in the Star. EMAIL ME: zodiac-info@astrosignature.com