Are "Cusp Zodiac Signs" Real? Can You Really Be two Zodiac Sign at once?

If you were born around the time when the Sun moved from one zodiac sign to another, you might think of yourself a "cusp"—somebody who embodies the traits of both signs. But in fact, "cusp signs" are hotly debated in astrology.

"Sorry, but cusps are real. Especially for astrologers like us, who use something called a karmic wheel to understand the zodiac.

It represents the 12 signs and how they progress along their spiritual journeys. Translation: We think of the zodiac as more of a spectrum than a set of fixed categories. (Plus, we’re poets—we don’t believe anything is definite.)

So it’s entirely possible for someone to straddle signs if they’re born minutes, hours, or even days around the official switch.

Imagination and contradiction.
Capricon-Aquarius cusp signs are often caught between the two strongest parts of their personalities: they’re emotional and creative, but also crave groundeness and logic, they prefer things that are both traditional and unusual, etc. This cusp has the greatest success in their careers, but not in their personal relationships. They have too much vision and drive, and often come off as critical, so though it’s hard for them to thrive in romance, they have a lot else going for them.

Get The Full Report of your Yearly Horoscope

The Pisces-Aries cusp signs are known for being dreamers and doers, and because of this, they have great success in their careers, particularly if it’s something in the arts. They make unconventional but effective leaders, merging their empathy with their role modeling skills. They’re not afraid to take action, but often hold themselves back with second-thoughts and too much feeling, hence the need for impulsiveness.

People born on the Aries-Taurus cusp are some of the most powerful in the entire zodiac. They combine the leadership and mental strength of an Aries with the vision and aesthetic of a Taurus. They are not just visionaries, they are authorities: they back their ideas with proof and action. They don’t just dream of living their best lives, they see it through, and do incredibly well in any positions of power.

The combination of a Taurus and Gemini is nothing short of incredible. These people are are both driven but grounded, smart but humble, prolific but creative. They have all the personality of a Gemini with the stability of a Taurus… together, they are a superhuman of fun and energy.

A Gemini-Cancer cusp er is the life of a party. They’re sensitive but able to communicate their feelings; they are inspirational, lighthearted, and highly attuned to their own needs. They are very fun to be around, and care deeply about how other people are feeling at all times. They almost have a sixth sense when it comes to being perceptive of what others’ need, and often find themselves at the center of many people’s attention.

A Cancer and a Leo are both sensitive to their emotions in their own ways, but when the two combine, it can get slippery at times. Cancers feel everything, and Leos have a flare for the dramatic. If not careful, these cuspers can easily blow things out of proportion, fly from A-Z, and have trouble getting themselves out of the trenches.

Leos and Virgos are almost polarized signs, which is why people born on the cusp of the two can often feel as though they have two different personalities. Mainly: they’re either lighthearted and care-taking, or fierce and independent. They have two opposing desires to live for themselves and to live for others, and at times, this can pose a challenge.

People born between Virgo and Libra are kind, intelligent, charismatic, creative and sensitive. They are the most nurturing and beautiful of the whole zodiac, getting their observant and helpful traits from Virgo, and their loving, balanced traits from Libra. Together, they are magic.

Libra-Scorpio cusp signers never quite find their place in life. They are highly critical, have a flare for drama, are very sexual, and often have trouble finding their “tribe” because of this. Their vanity and laziness of Libra conflicts strongly with their drive and jealousy of Scorpio, but on the plus side, they can also be balanced and committed when the time is right.

Scorpio-Sagittarius cusps are rebels at heart. It doesn’t matter what the issue is, they want to take the opposite stance. They are explorers, and desire a life that goes against the grain. They are fearless (sometimes to a fault) and will push things to their limit. They are also funny, accomplished, and make fiercely loyal friends who love to adventure with the ones they love most.

People born between Sagittarius and Capricorn are the true thought leaders of the world. They are both optimistic and practical, and effortlessly combine big dreams with realistic plans to see them to fruition. They’re also notably great at travel and culture: they have the wanderlust of a Sag and the practicality of a Capricorn. They’re the kind of people you want – if not seriously need – in your life. 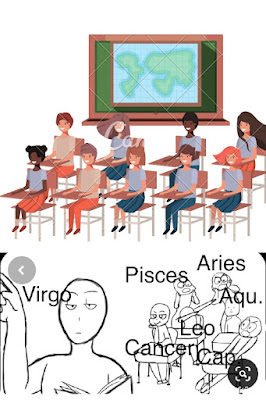 Astrology can also help you discover pretty much anything you can imagine, including how to find your luck. You read right: There's an astrological point in each of our birth charts that can help determine where our luck lies its, This imaginary point is called the Pars Fortuna or Lot of  Fortune, and it’s calculated based on your Rising, Sun, and Moon signs. Scroll down to find your luck.

Find your Luck in Money in love base on Pars Fortuna in your Zodiac Sign,

MOON SQUARE or OPPOSITE JUPITER in your Yearly Horoscope

When the Moon is square or opposite Jupiter in the solar return , you may not ex-press your feelings clearly and effectively to others.  Y...

See what is written in your star for your life 2022