Planetary Strengths and Weaknesses in your Zodiac Rulership

Have a Question or need to know your Future? zodiac-info@astrosignature.com Zodiac Monthly

The nature of the Sun is strongest in the cardinal and fixed fire signs (Aries and Leo), weakest when in the water and the mutable signs. It is stronger in Capricorn than either Taurus or Virgo, stronger in Sagittarius than in Gemini. It is also not particularly potent in either Libra or Aquarius.

The Sun shines brightest in the First, Fifth, Ninth, Tenth, and Eleventh houses, and dimmest in the Third, Fourth, Sixth, Seventh, Eighth, and Twelfth houses.

The Moon is strongest in the earth, female, fixed sign of Taurus and the water, female, cardinal sign of Cancer. She is also very potent in Pisces. She is weakest in all the male signs, especially in Aries, Gemini, Leo, Sagittarius, and Aquarius. She does not do well in Capricorn, and is really tested in Scorpio. The Moon can also be quite happy in Virgo and Libra, but only if the work area pro-vides economic security and emotional satisfaction in the case of the former and when relationship dynamics are fulfilling in the case of the latter.

The Moon is at her most potent when in the Second and Fourth houses, weakest in the First and Tenth, neutral to strong when placed in the Fifth, Seventh, Ninth, and Eleventh, and neutral to weak in the Third and Sixth.

Mercury is strongest in his own signs, Gemini and Virgo, but does very well in Aquarius, Capricorn, and Aries. He is very adaptable, but tends to work better in the mutable and cardinal signs rather than in the fixed. He likes all the elements except for water. Mercury tends to be weakest in Pisces, Sagittarius, Taurus, Cancer, Scorpio, Libra, and Leo. Mercury likes being in the First, Third, Fifth, Sixth, Tenth, and Eleventh houses. He is least potent in the Twelfth, Fourth, Seventh, and Eighth (in that order), but can do quite well (depending on the sign) in the Second. 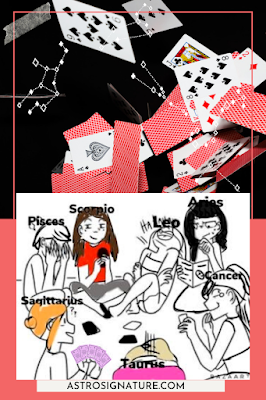 Venus is at her best when in Taurus and Libra and also shines brightly in Cancer and Pisces. She can be quite financially beneficial when well-aspected in Capricorn, and very artistically expressive in Leo. She is out of favor in Aries, Virgo, and Scorpio, and to a somewhat lesser extent in Gemini, Aquarius, and Sagittarius.
Venus is content in all of the elements except fire and seems to work well in all three of the sign qualities. Venus is very at home in the Second, Fourth, Fifth, Seventh, and Tenth houses and to a somewhat lesser extent in the Twelfth (where she loses her sense of structure and boundaries—although for those on a more spiritual path in life, this is exactly what needs to happen!). In actuality, she can do well in any of the houses, but the latter are her favorites. ALSO

Mars is strongest in Aries, Scorpio, Capricorn, and Leo, and is also very happy (but a bit unfocused) in Sagittarius. He is weakest in Taurus, Libra, Cancer, Gemini, Aquarius, and Pisces, but seems to work well in Virgo. He is most noble and active in the fire signs, and his great potency in Scorpio must be mitigated by the general moral "tone" of the chart. In general, Mars is not at his best in the water or mutable signs. He is a very powerful influence in the First, Fifth, Eighth, Ninth, and Tenth houses, but not particularly popular in the Second, Third, Fourth, Sixth, Eleventh, or Twelfth.
Jupiter: Jupiter bestows his blessings wherever he travels in the chart, but he is especially fond of the fire signs (Sagittarius, Leo, and Aries in that order) and two of the water signs (Cancer and Pisces). He can be very generous in earth, but this is not his favorite element and he is not particularly at ease in the airy signs. All the houses are happy to receive him, but he is at his best in the Second, Fourth, Fifth, Ninth, and Twelfth.

Saturn can be a most beneficial influence when placed in Capricorn, Libra, Aquarius, and Gemini. He is not so pleasant in Cancer, Scorpio, or Pisces. He likes the element of earth and can do well in Virgo and to a lesser extent in Taurus. He does not like fire and is thus not particularly strong in Sagittarius, Leo, or Aries. He is a test (and if "obeyed° may eventually bestow a great victory in life) in any house in which he is placed. If well situated by sign and aspect, Saturn can be especially strong and positive in the Tenth, Eleventh, and Seventh houses.

Uranus is very potent and positive in Aquarius, Gemini, and Libra, and can also be quite happy in Sagittarius and Aries. It is not particularly easy to have him in Leo, Taurus, and Cancer. He is very much at home in Scorpio and can be quite beneficial in Pisces if one is on the spiritual path. Uranus especially favors the element of air. His favorite houses are the Eleventh and the Third, and he is at his most disruptive when in the First or Fourth.

Neptune favors Pisces and Cancer. He inspires the arts, but can wreak havoc with one's relationships when in Libra, and is least content in Virgo, Aries, Taurus, Scorpio (although from a spiritual perspective, this can be a very positive position), and Capricorn. The Father of the Oceans is most at home, of course, in the element of water, and least content in fire, earth, and air, in that order. He is very comfortable in the Fourth, Ninth, and Twelfth houses, and not at his best when in the First, Second, Seventh, Eighth, and Tenth.

Pluto moves so slowly that his influence in all the signs in terms of modem astrology has yet to be fully tested. He is naturally at his strongest in Scorpio and Aries and would appear to be quite favorable also in Gemini and Sagittarius. Personally, I liked his influence in Libra because it broke down many old patterns of relationship, allowing a great deal of social experimentation to take place. Virgo seems to be a good sign for this planet, as it promotes refinement and healing, and I assume that Aquarius will be a welcoming sign, as Uranus, its ruler, is in exaltation when in Pluto's primary sign of Scorpio.
Pluto is not particularly potent in Taurus, Cancer, and Capricorn. He brings out some egocentric (but highly individualizing) elements in Leo, and from an esoteric perspective, is at his most spiritual in Pisces, where the road to the redemption of the lower self reaches its conclusion. He is a powerful influence in all of the houses, but is most effective in the First, Eighth, and Tenth, and seems to be very positive in the Ninth and Eleventh as well. The Second, Seventh, and Twelfth can be troublesome spots for Pluto, but as with all positions of this planet, a great deal depends on the individual's level of consciousness.

ASTROLOGY OF 2022: How to plan your Year