You are more likely to expend energy working around the house.

You can redecorate or renovate your living quarters, but projects you decide to tackle will probably involve lots of do-it-yourself elbow grease.
-
.
Renovations are not necessarily beautiful, but do tend to involve a lot of hard work or at least more work than would normally be required.
Repairs and renovations tend to be first-time projects. 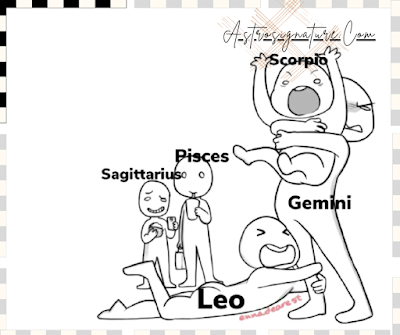 A newly married couple may inherit a lot of used furniture from relatives which they decide to refinish before placing in their apartment or home.
-
.
Consequently, the decorating project becomes more difficult than simply purchasing furniture.
Minor repairs tend to grow into major hassles that require a lot of work once you get into them.
Simply re-tiling a bathroom is hard enough, but when you discover you must replace the rotten walls underneath the tile, the job becomes much more demanding.

It is common to have a conflict occurring between family members or within the domestic environment.

If you live alone, the conflict will probably be with your parents or family members, but if you live with anyone, even a roommate, your conflict is more likely to be in the home. Sometimes the confrontations can encompass both sets of individuals and situations.
-
.
It does not matter whether you are angry about events as they occur or situations in the past; the anger is just as real in either case.

The reality of the situation is probably that past and present perspectives are connected. Circumstances similar to the past are probably occurring in the present and triggering old feelings of resentment and hurt.

This is a time to air old resentments and release hurt feelings so that circumstances in the future can be different.

Unless you understand past hurts, you will not be able to correct present-day detrimental situations. It is possible that those closest to you are hurting you regardless of their intention.

They may not see your pain, but you can explain it to them logically if you understand the mechanism yourself. Perhaps you are being taken advantage of or staying in a situation which is not emotionally healthy for you, but allows your conflicting emotions to surface.

-
.
A teenager from a wealthy family expected to go on to college, but his parents were divorced and fighting over who should pay for his education.

Neither one offered to help and it looked like both would refuse to lend any assistance. This caused great tension between the teenager and his parents and there were many fights in the home. The teenager honestly felt that he had raised himself, and had allowed his parents to take advantage of his willingness to accept responsibility for himself even at a very young age. It was during this Mars placement that he realized he had allowed an emotionally unhealthy situation to persist.

All during his childhood, he had managed alone and never had the luxury of being able to depend on his parents. He also never confronted his parents or his anger with them. He was now very upset that his emotional needs were never met either in the past nor in the present. He became very vocal about this specific pattern of relating, but less argumentative over little things. He zeroed in on the root of the problem and subsequently sought out a family counselor.
-
.

This is a time when unconscious anger surfaces and individuals begin to see behavioral patterns reminiscent of the past, and most particularly childhood.

Seeing these patterns creates great stress, but the goal is not to live with the conflict, but to break the pattern. The need for emotional self-protection is implied by this placement, and you should want to protect yourself from future uncomfortable situations. It is up to every individual to seek new ways of interacting which fulfill rather than compromise emotional needs. Try to understand the “why” of anger as well as the “when” and “how.” Repetitive conflicts which lack any insight allow you to spin your wheels without growth. It is particularly important to understand family interactions since they are the key to all relationship dynamics.

If Mars is in aspect to Neptune,

Conflicts may be built on misunderstandings, and you should investigate.

Once, a divorcee with small children chose to live far away from her parents. She honestly thought that they would not want her around since they never offered to help her during the divorce proceedings. But her parents were very upset that she moved away and never sought their help. They assumed she knew she was always welcome in their home and they were ready to lend a hand. They held back, not wanting to interfere, while she left, not wanting to ask for help.
-
.
Neptune was in the 10th house opposed to Mars in the solar return 4th house. This is a good time to take the initiative in handling emotional conflicts. (also See Transiting MARS Conjunct Natal SUN )

If misunderstandings are occurring, open up the lines of communication. Seek counseling for very difficult and detrimental situations, and protect yourself from further stress. Use assertiveness rather than anger to dismantle unconscious complexes which lead to painful interactions.

A few may decide to set up a home office and work totally or partially out of their residence During the Solar Return year.

Mars can be indicative of a sideline business you start or enter into with other family members. If you retain your regular job, it may ease your workload if you can bring more work home with you in the evening. Adjustments or conflicts in the balance of work and home life can be an issue. This is true both for those who work out of the home and those who bring work home. It is also true for individuals or couples sharing household chores and repairs. The division of labor within the home can be a topic of discussion or conflict. Renegotiating responsibilities for family chores commonly occurs when life situations are changing, and one individual is now home more or less than previously.

SOLAR RETURN CHART BASIC : from first house to 12 house ...
From year to year, the Sun passes through the Solar return chart in a clockwise direction, falling into every third house for those people who remain in the same location. See  For example..
Astrologers use the term "MARS IN 4TH HOUSE of Solar Return" to describe a particular Astrological Reading technique of observing the moving planets forward in YEARLY BASIS.

This technique is aptly named because it describes how a person progresses through their life From Birth Day to Birth day.
Therefore Progress In Yearly Solar Return are likely to show us signposts in life's journey and consequently help us gain wisdom and understanding.