Astrological Transit of SATURN in 5th house of Children and Creativity

Saturn transiting your fifth house insists that you create something that will last.

It will require some of your hardest work; at times you will despair that you will never reach your goal. This is a transit often associated with literally having a child, and no creative work has a more profound effect on the direction of your life or demands more from you.

Romantic relationships that arise during this transit tend to have a quality of mentorship, with one partner older and more experienced than the other. Some sort of impediment, such as geographical distance or another person in the picture, is likely in the relationship.

Where Saturn transits he also brings a change in status, which in the fifth house could range from becoming a parent to changing careers. If you want to know when to expect the major transition periods of your life, consider the cycle of the transiting outer planets learn more here..

This change in status won't necessarily bring immediate and unconditional joy. Even a happy new parent becomes intimately familiar with the exhaustion and self-sacrifice that comes with providing a strong foundation for a new creation to prosper.

If  you launch a creative enterprise or commit to fulfilling some beloved dream during this transit, expect a lot of initial toil and disillusionment—but don't let that discourage you! Saturn will not prevent you from having what you really want and are willing to work for, but he often presents roadblocks along your path to test your commitment. Prove that you're ready and worthy. Persevere.

THE FIFTH HOUSE: A PIECE OF YOUR HEART

Shares common ground with: the sign of Leo; the Sun 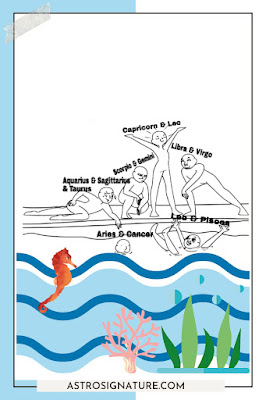 Let's pretend you've run away from home and gone to Europe for the summer. In Paris, you meet someone whom you immediately recognize as your soul mate. No one has ever made you feel so special, as though his life began at the moment he set eyes on you. And you feel exactly the same way in return. It's kismet! Eventually summer ends and it's time for you to go your separate ways.

A brief love affair in a foreign city, the exhilaration of sharing your true self through a creative project, the exquisite delirium of welcoming your first child into the world—are all fifth house experiences. Fifth house experiences make you grateful beyond measure that you are you, and no one else. Sometimes they turn into long-lasting relationships, careers, or interests.

But often they exist simply for a brief moment in time, for the sole purpose of introducing you to your own heart. The real world happens between these fireworks displays.